Amid the 2022 PGA Tour, which just rolled out of its memorial tournament last weekend, Nike released a number of golf-ready offerings. And with its latest, the Air Max 90 Golf “Surf And Turf”, the brand takes an imaginary journey to Maine, a state known not only for its cold-water lobsters but also for its centuries-old country clubs.

As the pair’s moniker suggests, the colorway is directly inspired by Maine’s signature export. Lobster-like reds dress both the heel and mudguard, with the latter doubling up on said inspiration as water droplets cling to its surface. And while the adjacent branding, which offers both dark and light blue shades, may be reminiscent of water, they’re visually dry in comparison, as are white-colored fixtures elsewhere.

Packed with a themed hangtag, whose graphic features a cartoon-style lobster, the Air Max 90 Golf “Surf And Turf” is set to hit Nike.com and select retailers soon. Until then, sit back and take a look at the official images below.

In other news, the Yeezy Foam Runner Desert Sand is releasing this week. 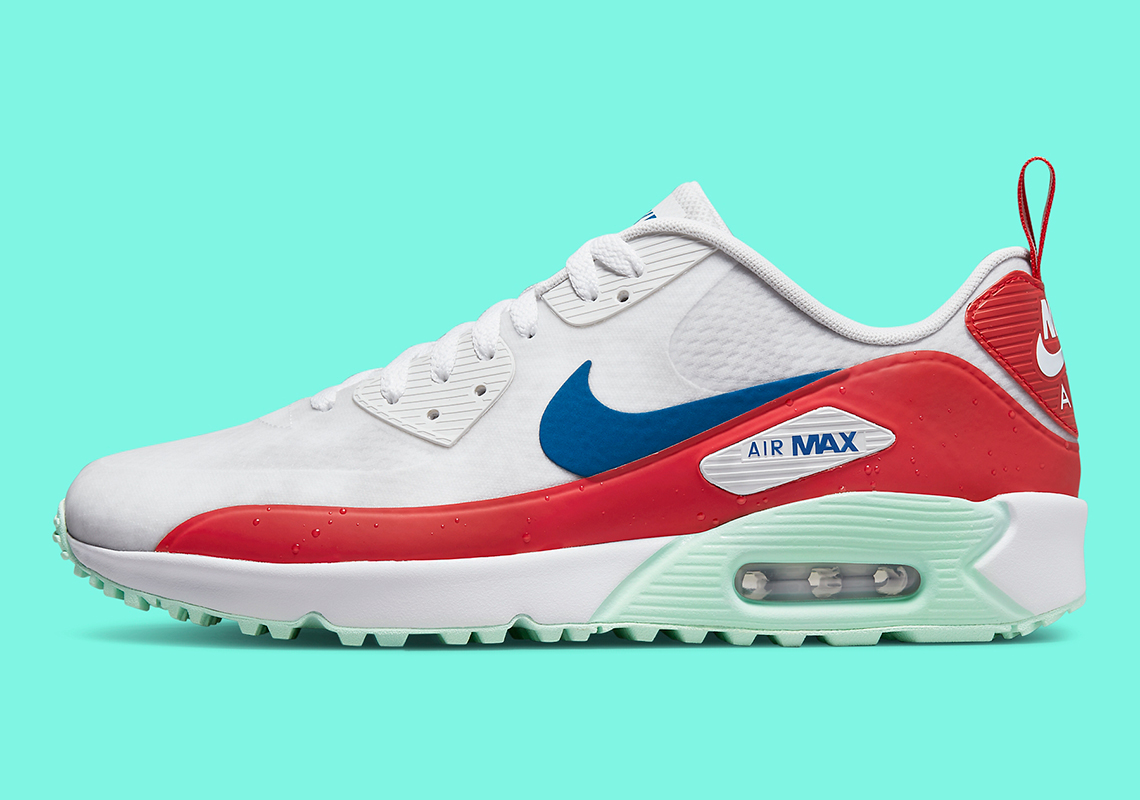 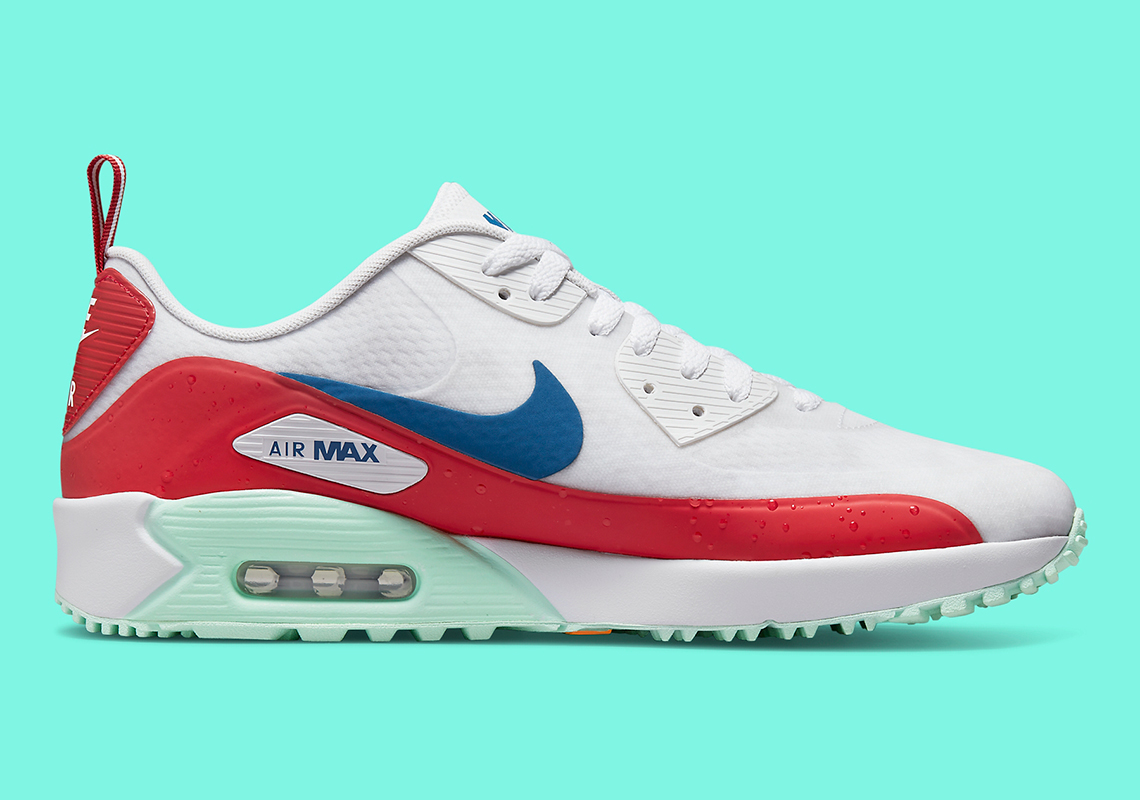 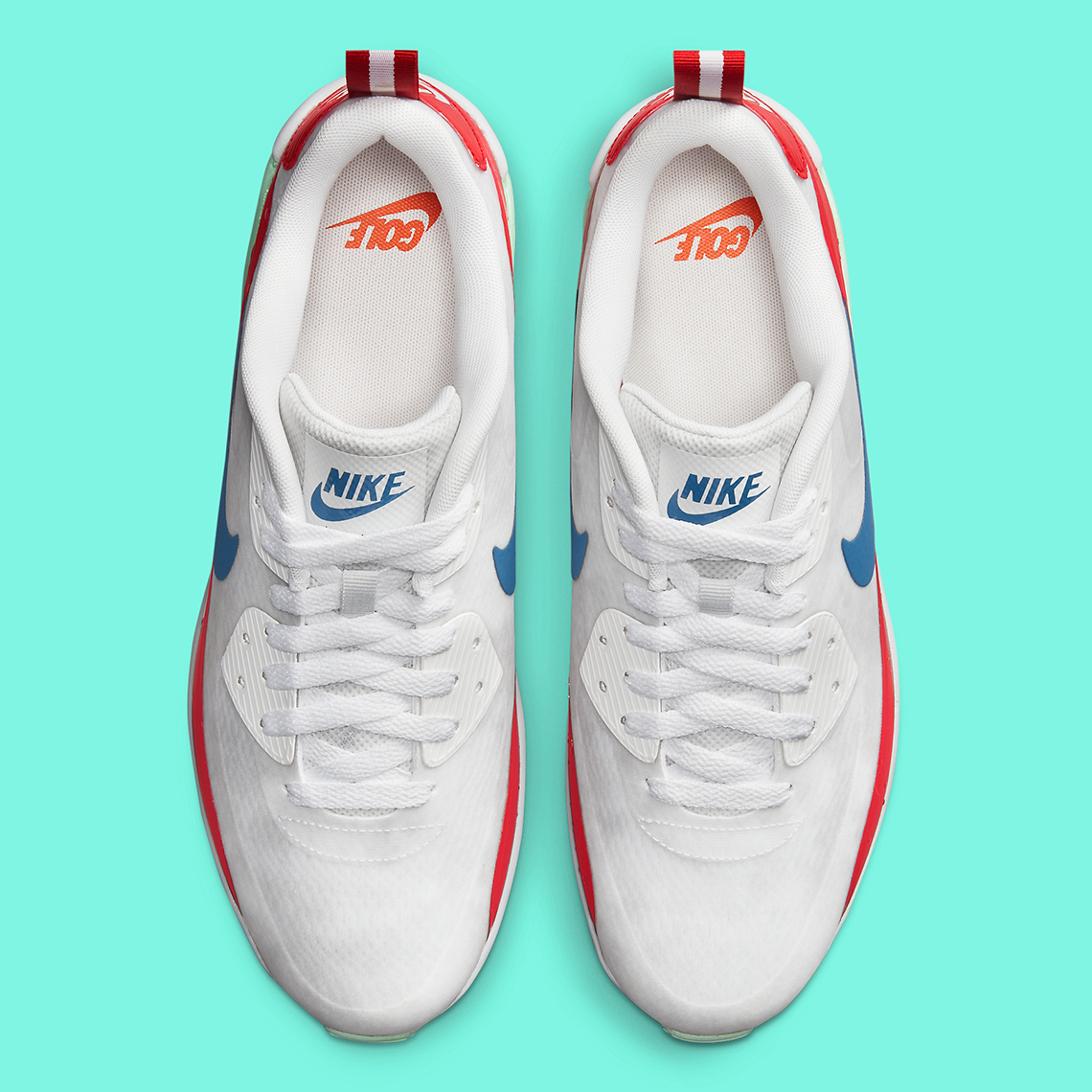 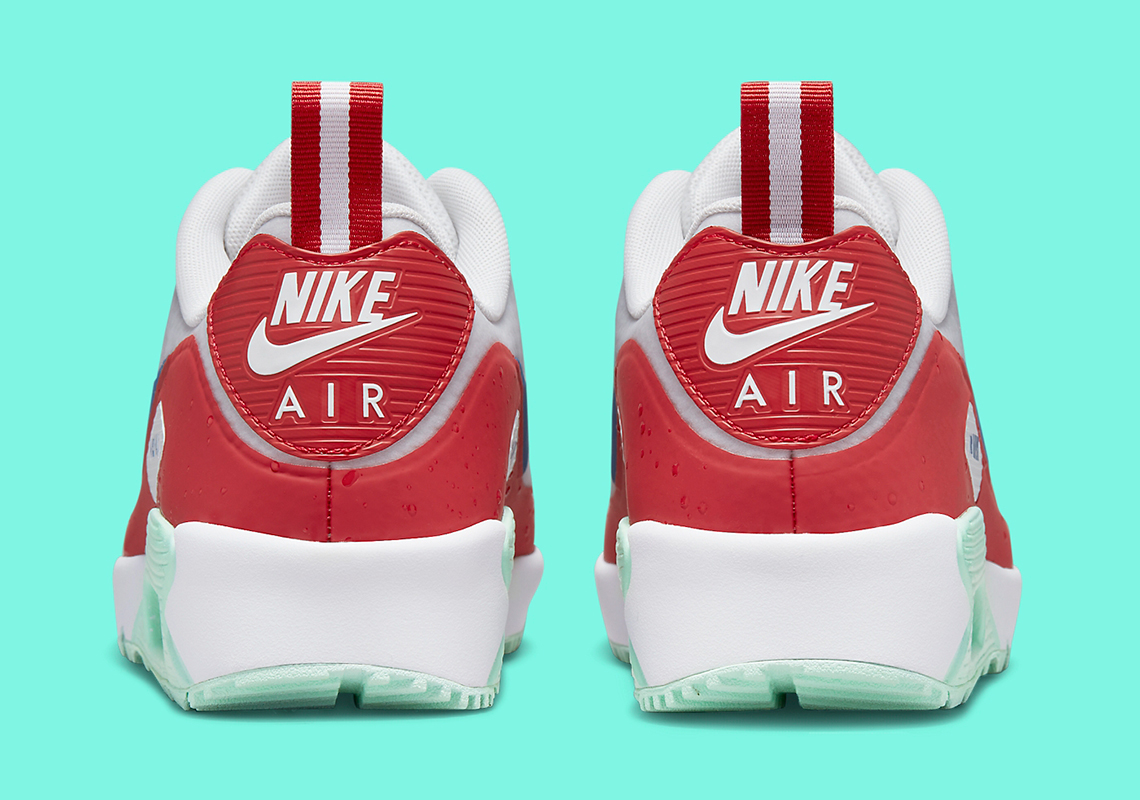 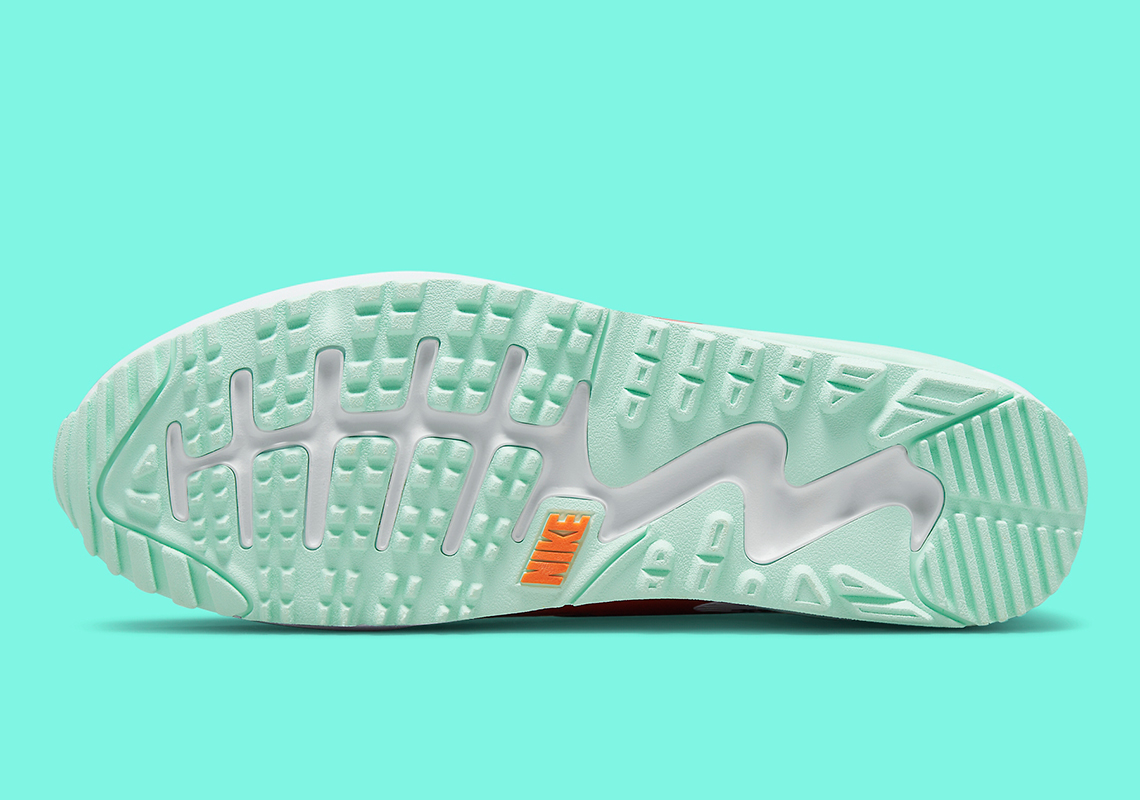 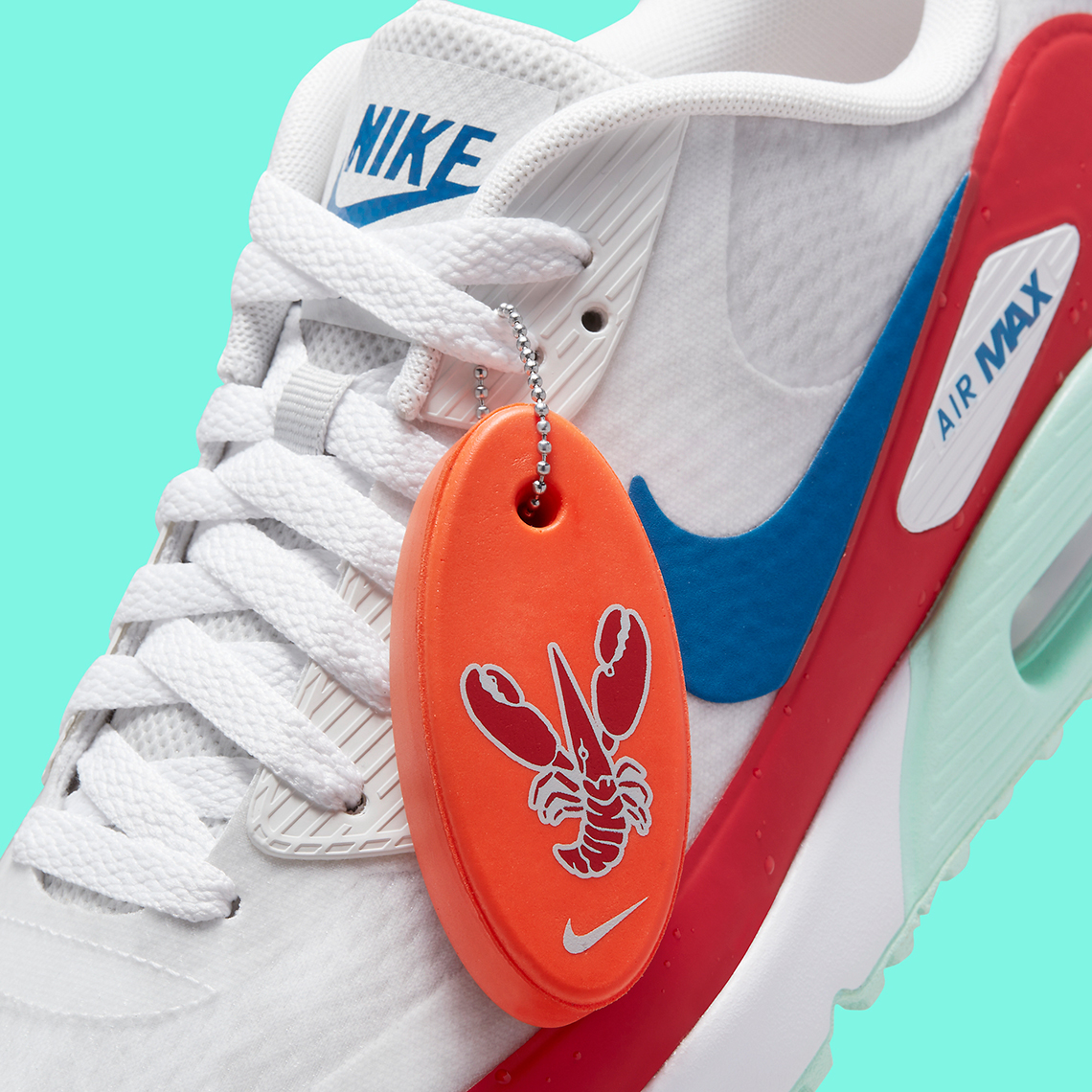 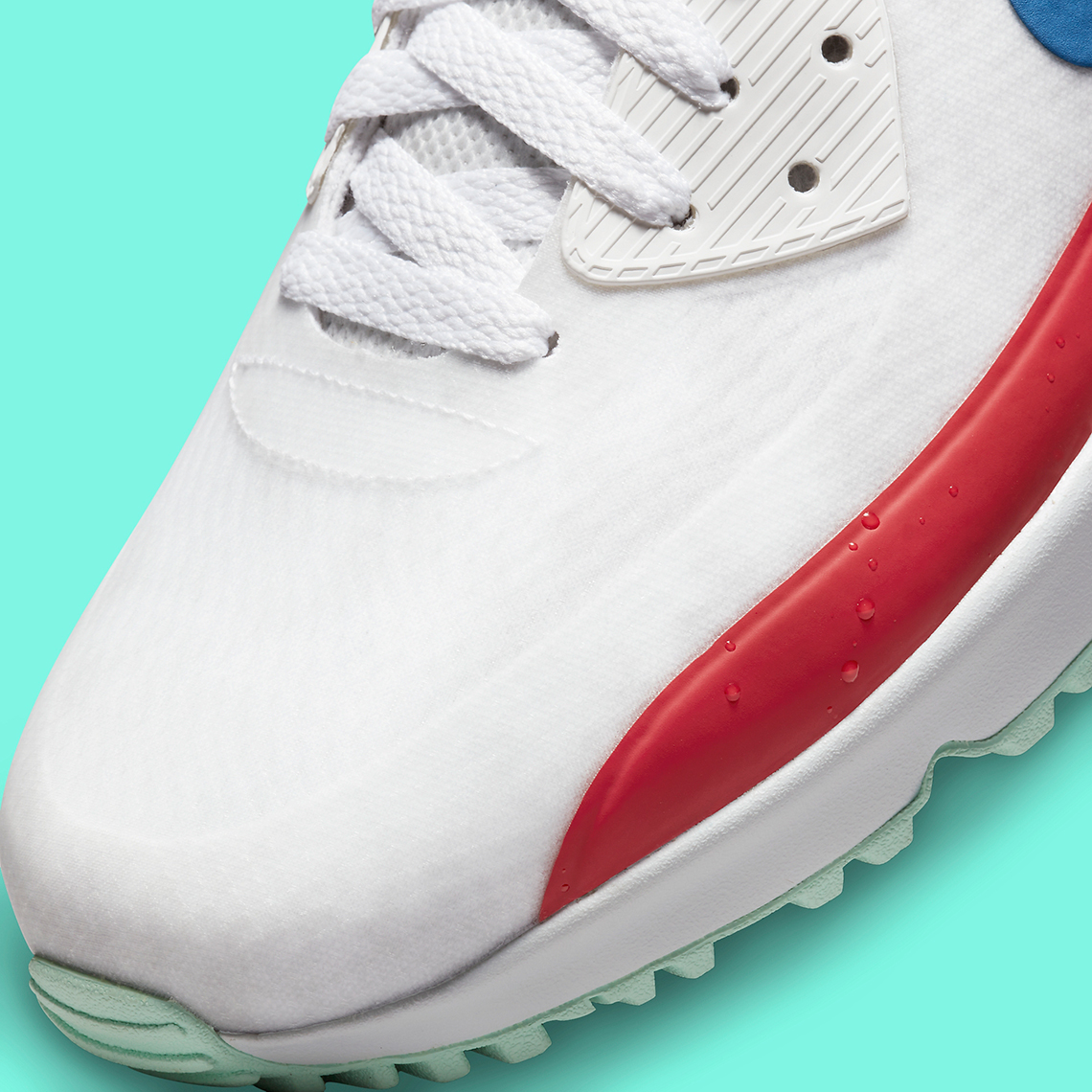 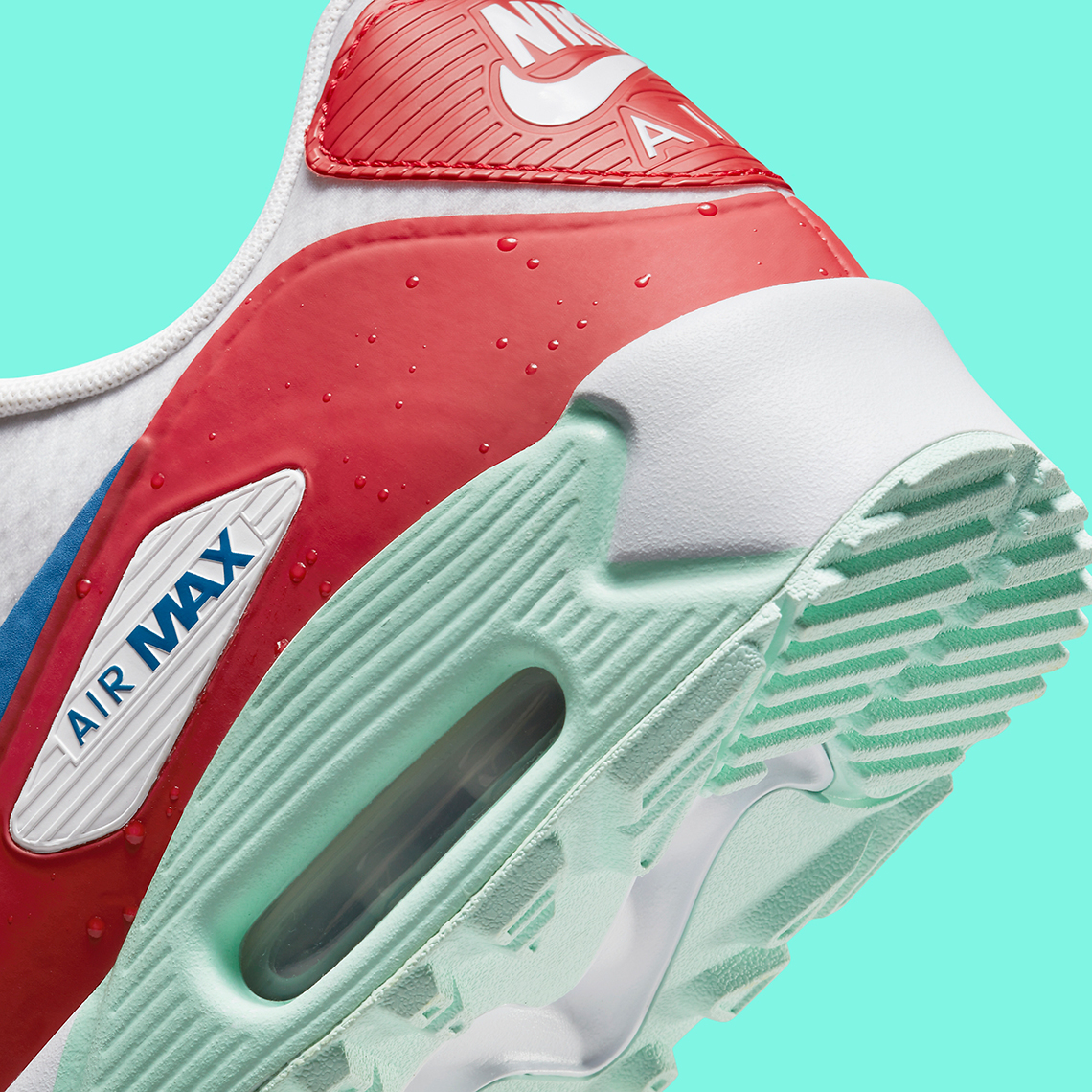 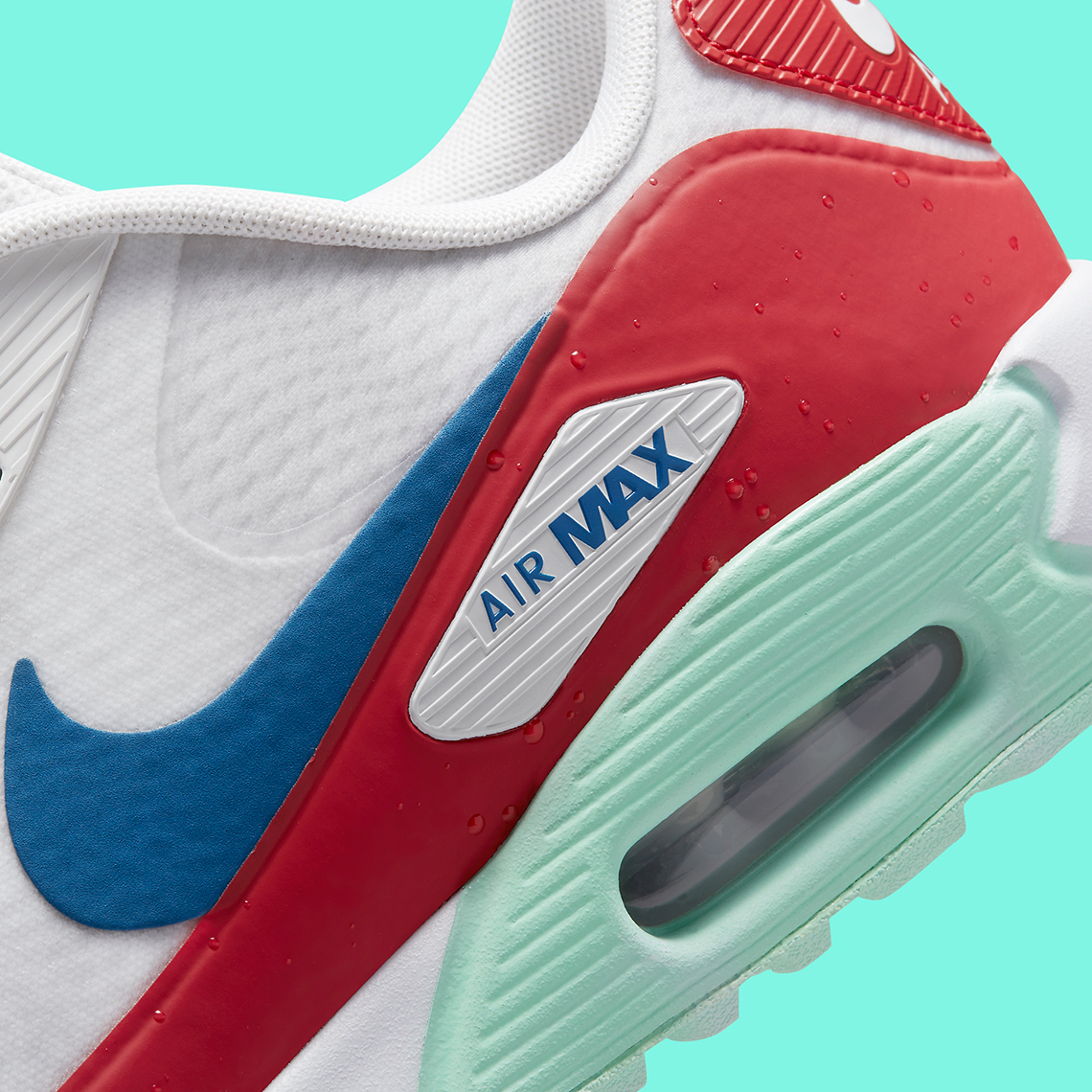