During Paris Fashion Week, a new colorway of the Patta Air Max 1 “Waves” emerged, causing its own wave of hype as photos were shared across social media and media. With official images of this new colorway emerging now, it’s clear – Patta and Nike are releasing a second batch of “Waves”.

The design and construction of the shoes is consistent with the initial set of four, with a leather overlay on the modified mudguard and quarter and classic sport mesh in silver/grey. The laces and tongue match the pure white, while the embroidered logos on the forefoot and heel match the silver hue. The midsole is treated with an aged exterior, exuding a yellowish tone against the white base.

The release date is not yet known, but it is likely that Patta will release them soon with and without the charm bracelet that came with the first set.

In other AM1 news, check out the Air Max 1 “Varsity Jacket” that recently made an appearance. 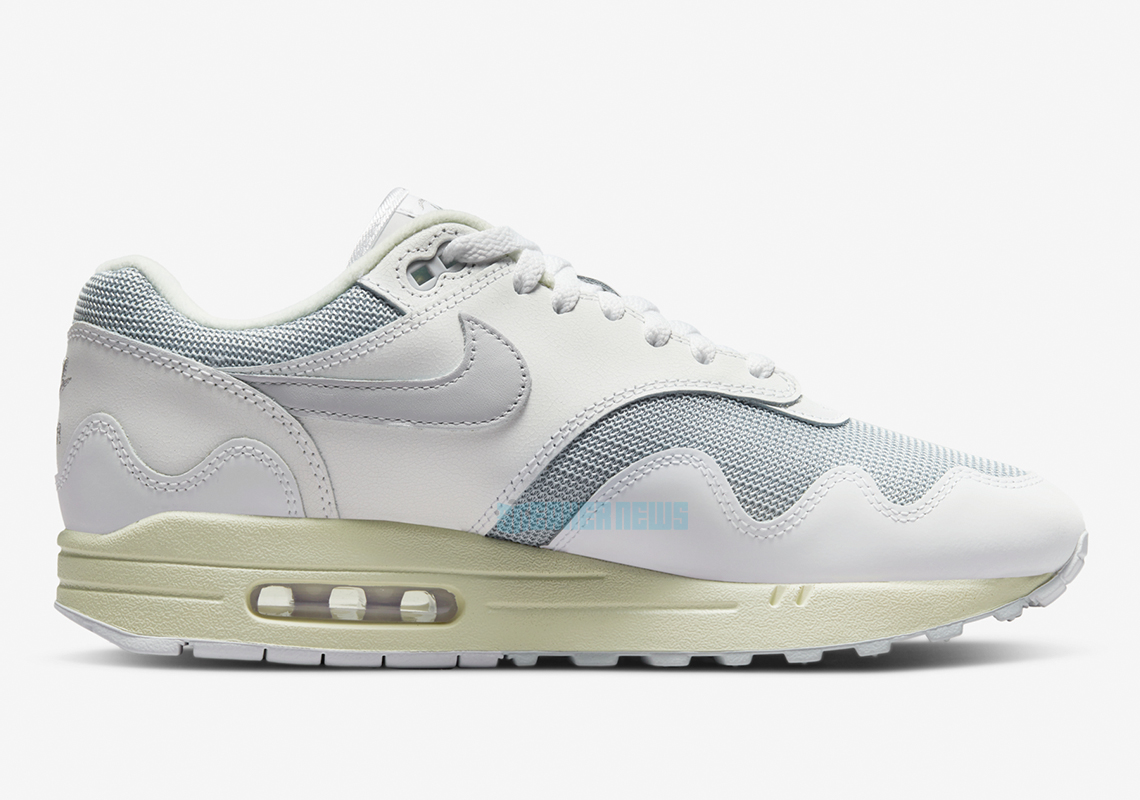 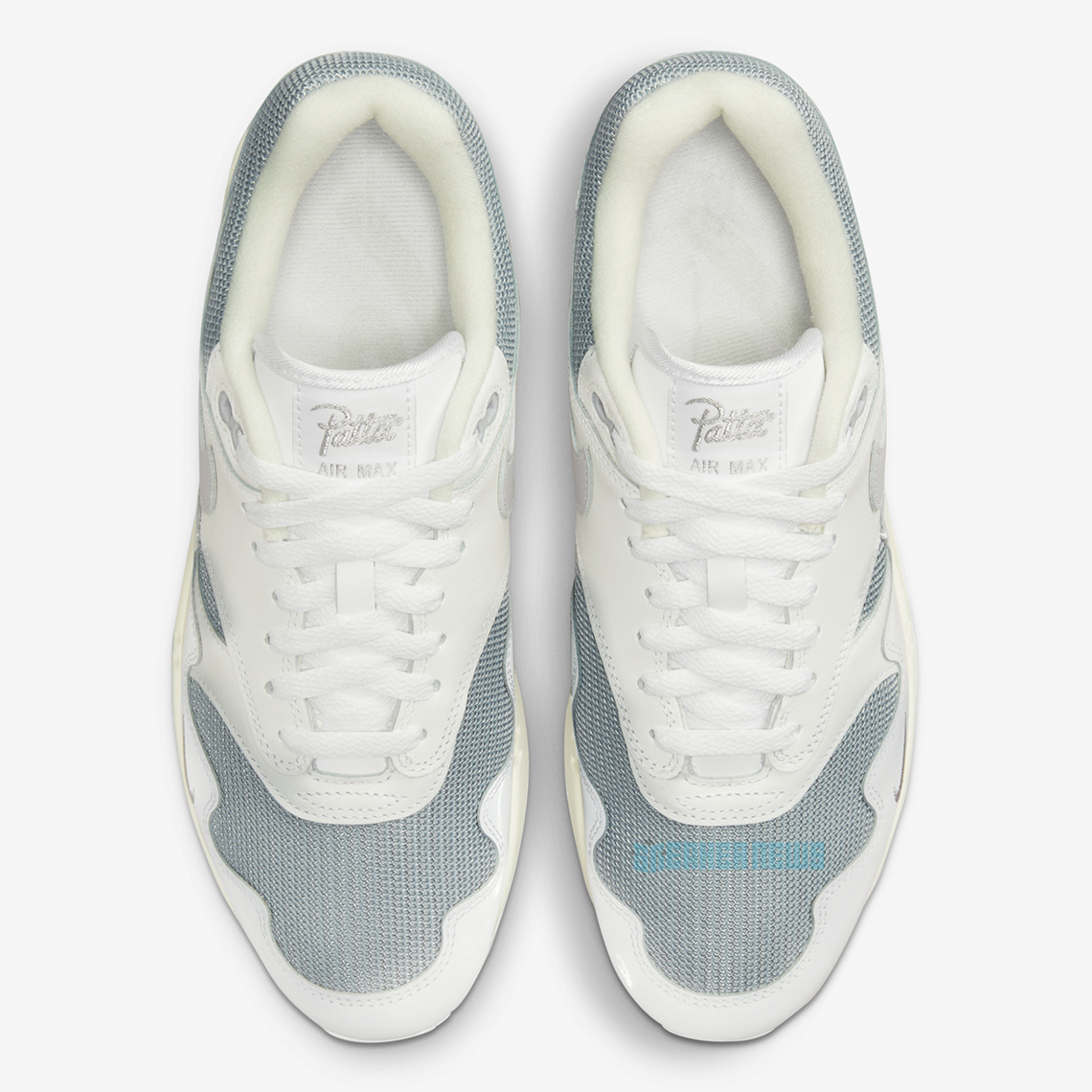 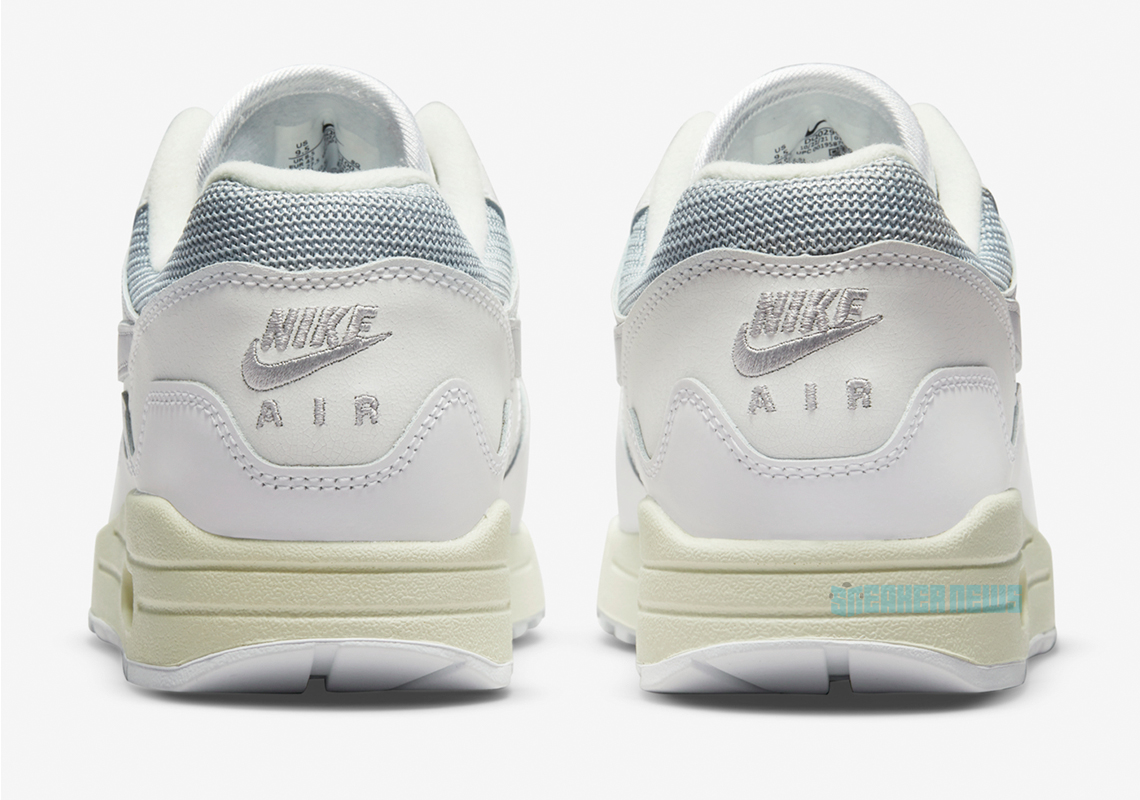 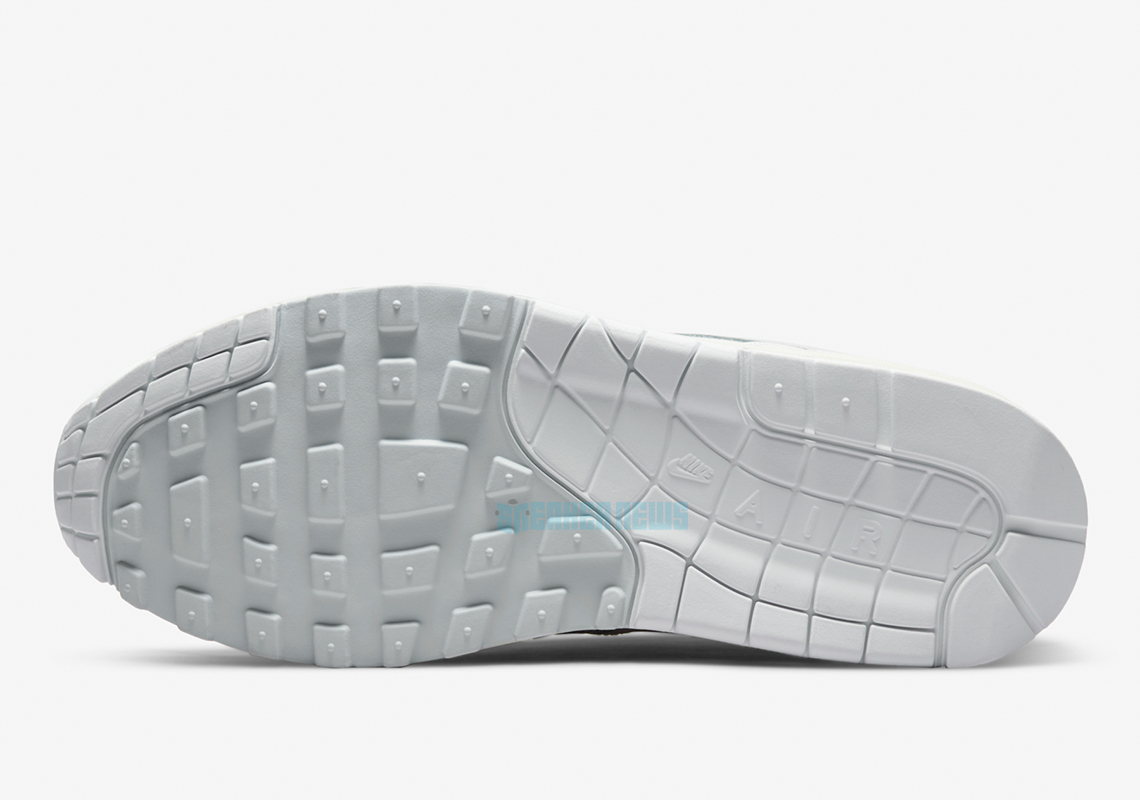 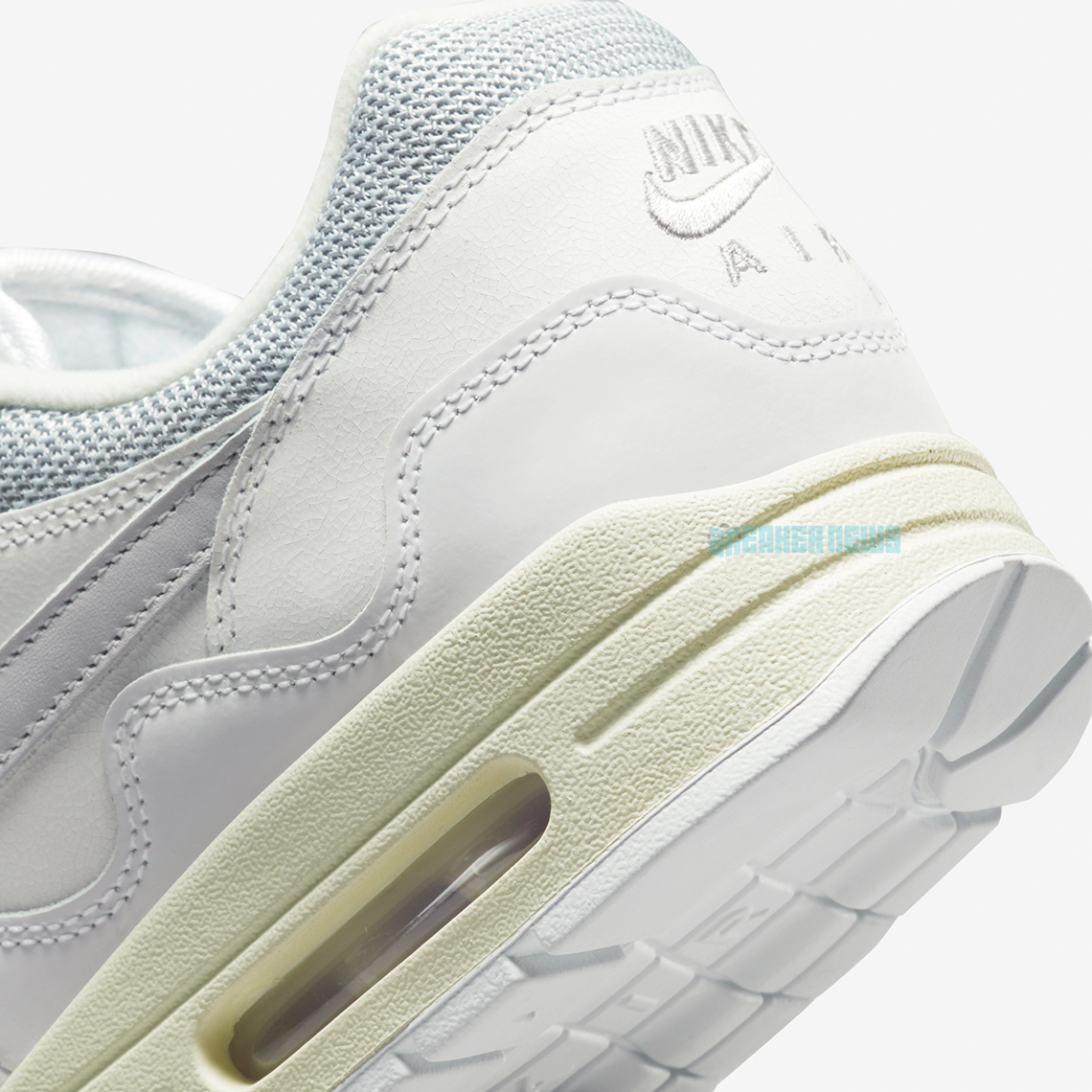 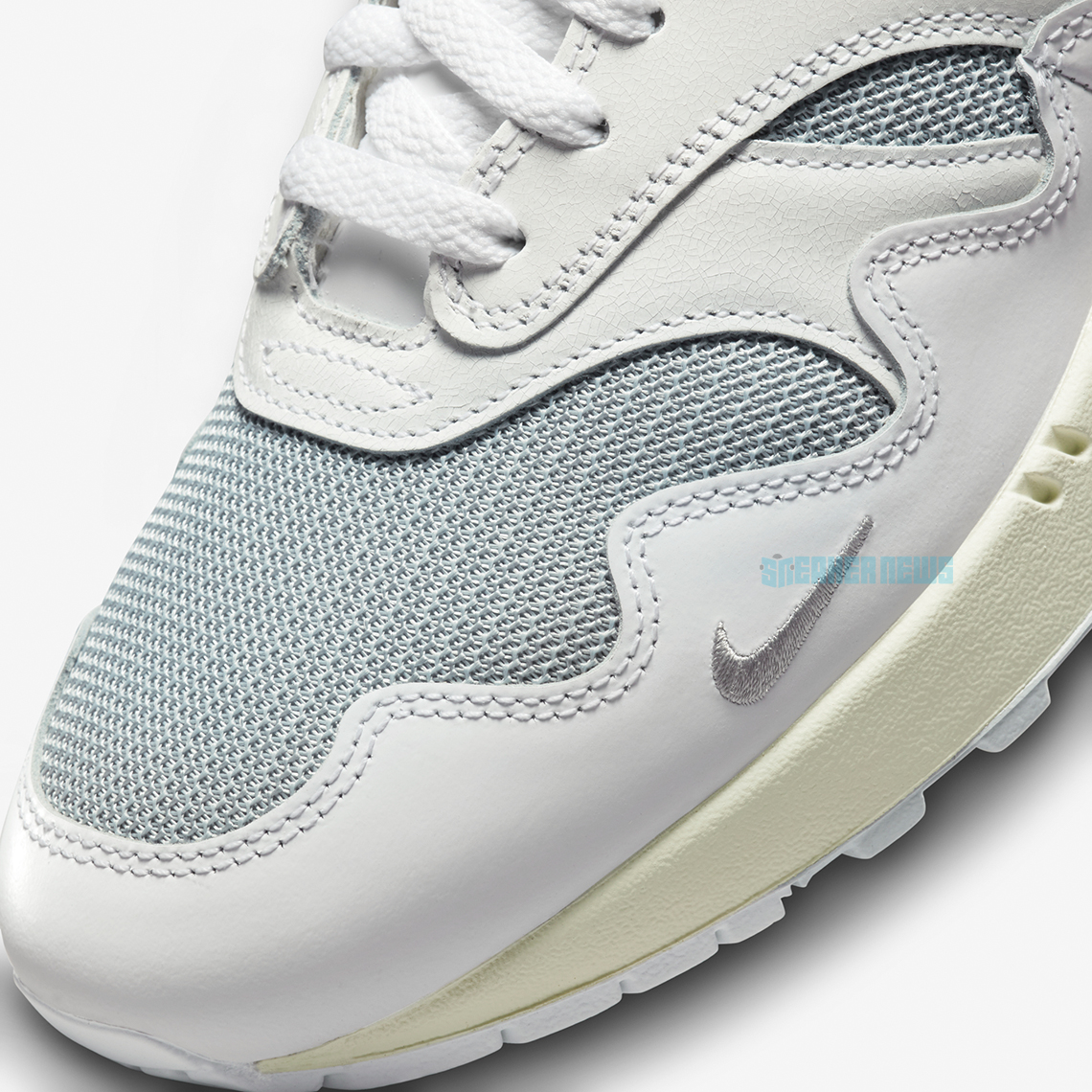