As we head into the final months of the year, the focus has changed hands from the Air Force 1 to the Air Max 97. And to appropriately celebrate the 25th anniversary of the Christian Tresser-designed silhouette , Nike has prepared a retro of the iconic ‘Silver Bullet’, which is set to land in November. The festivities are also set to extend into the following year, as the ‘Gold Bullet’ is also set to return in spring 2023.

Following leaks last August, official images of the Nike Air Max 97 “Gold Bullet” 2023 have finally surfaced. Like its original release in 1999 and its last appearance in 2018, this next edition of the colorway comes dressed mostly in gold leather and mesh. The red Swooshes are also intact, embroidered to the side and tongue alongside a series of blacked out details. Finally, white midsoles complete the look, alongside the shoe’s gold cushioning.

For a closer look at the 2023 ‘Gold Bullet’, check out the official images below. Again, these are expected to land sometime in Spring 2023, with some outlets indicating a March release.

In other news, an OVO BAPE STA has just been revealed. 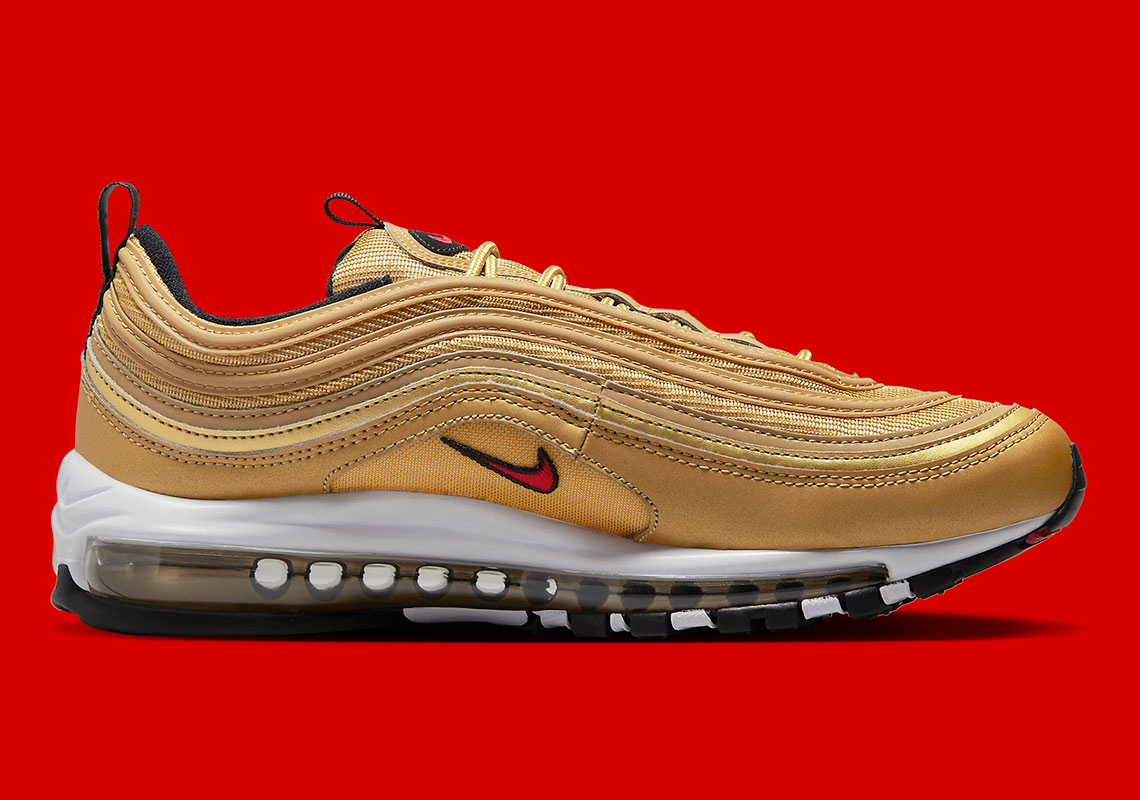 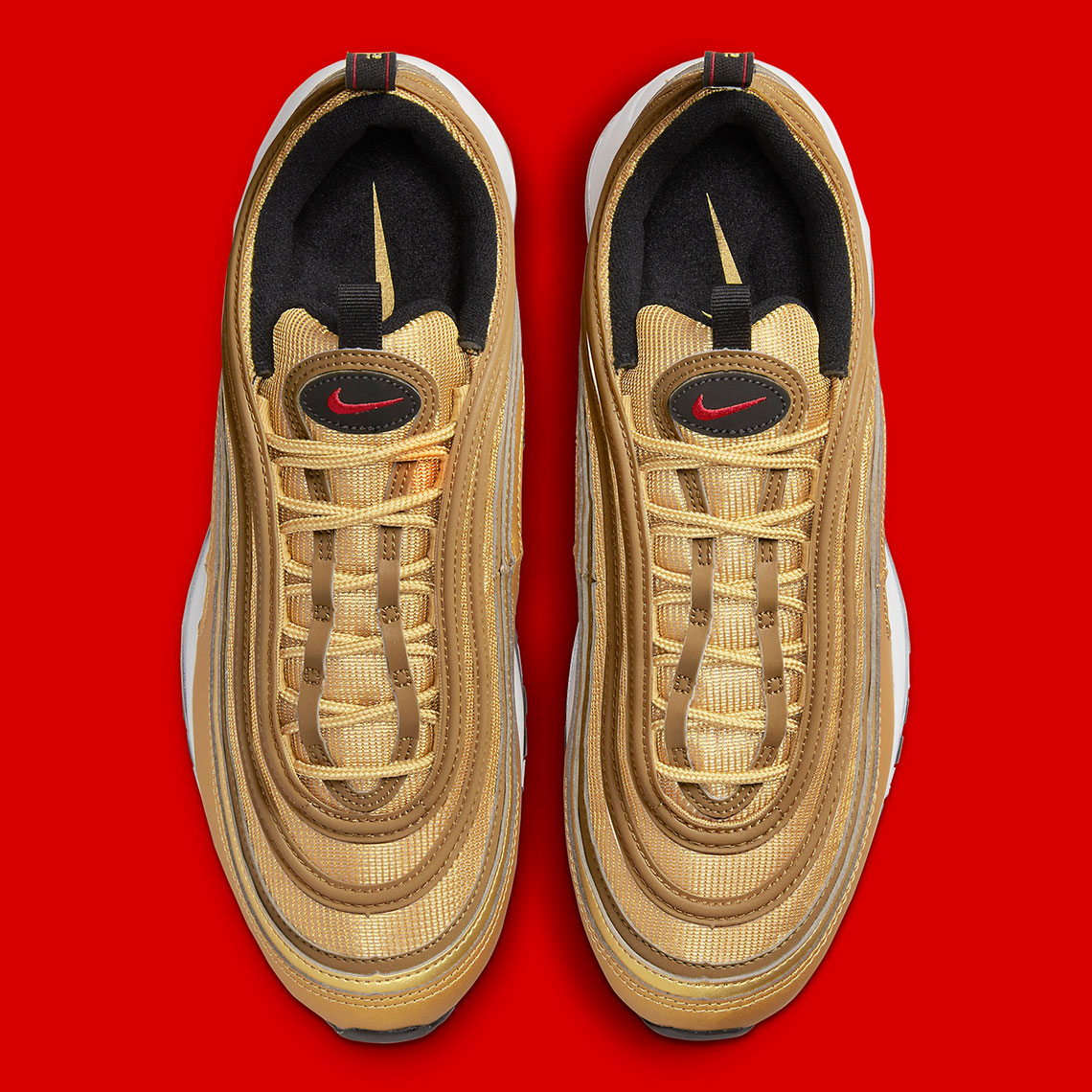 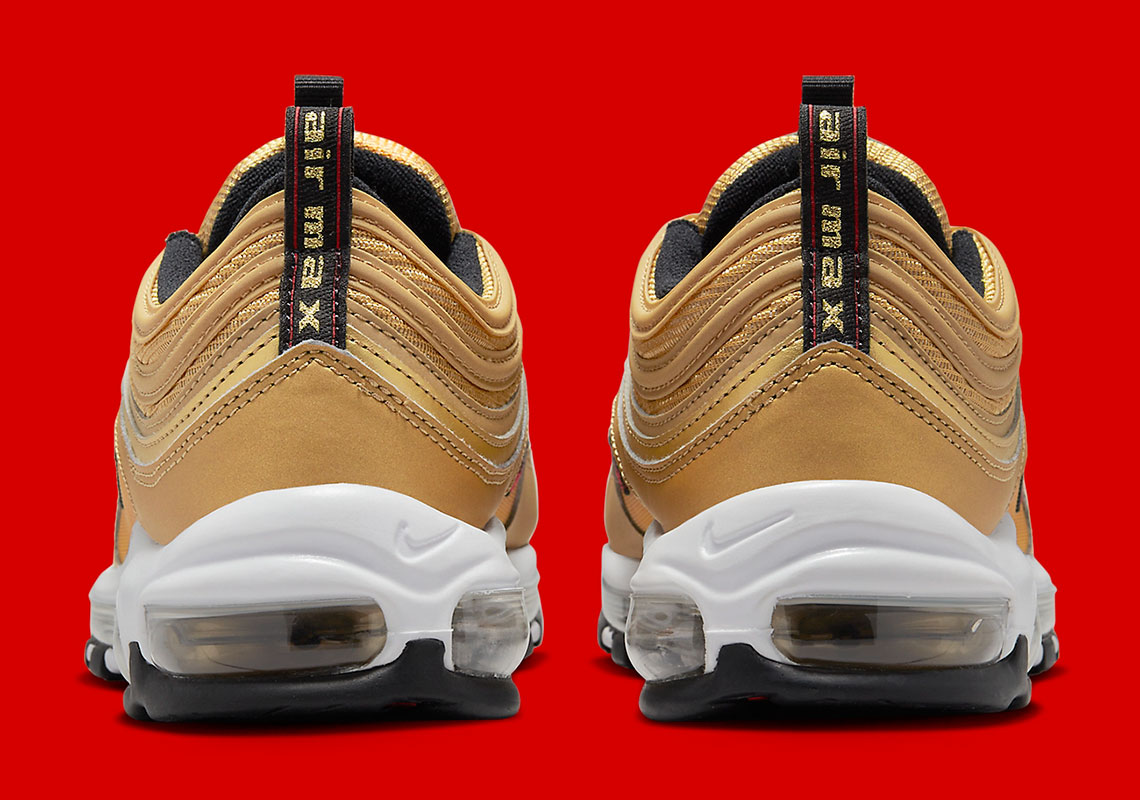 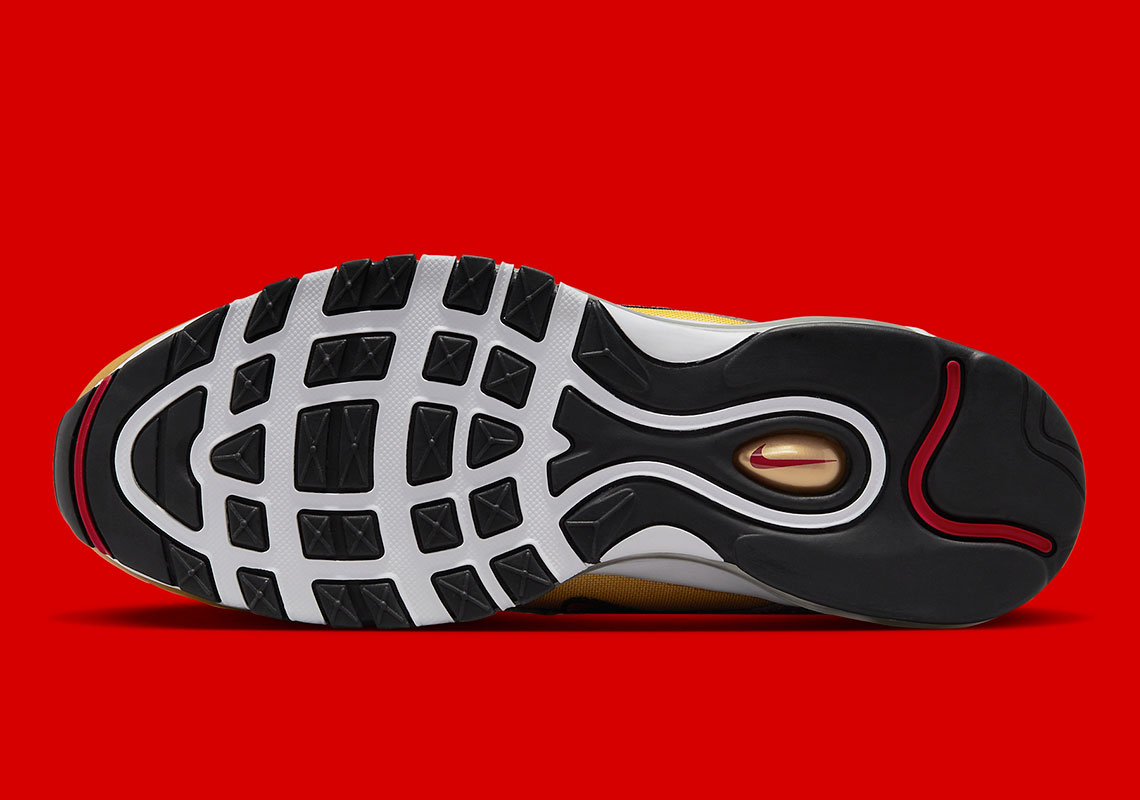 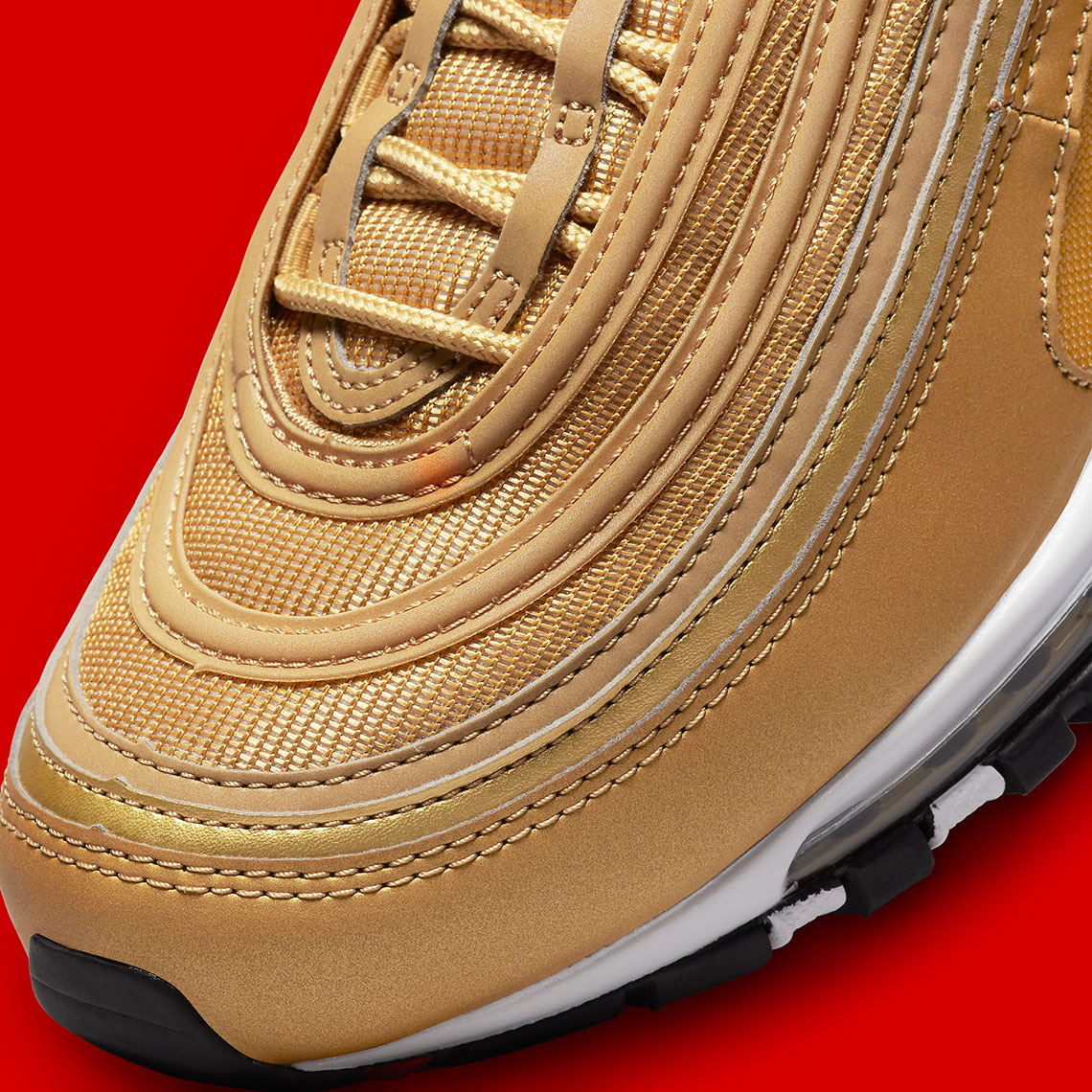 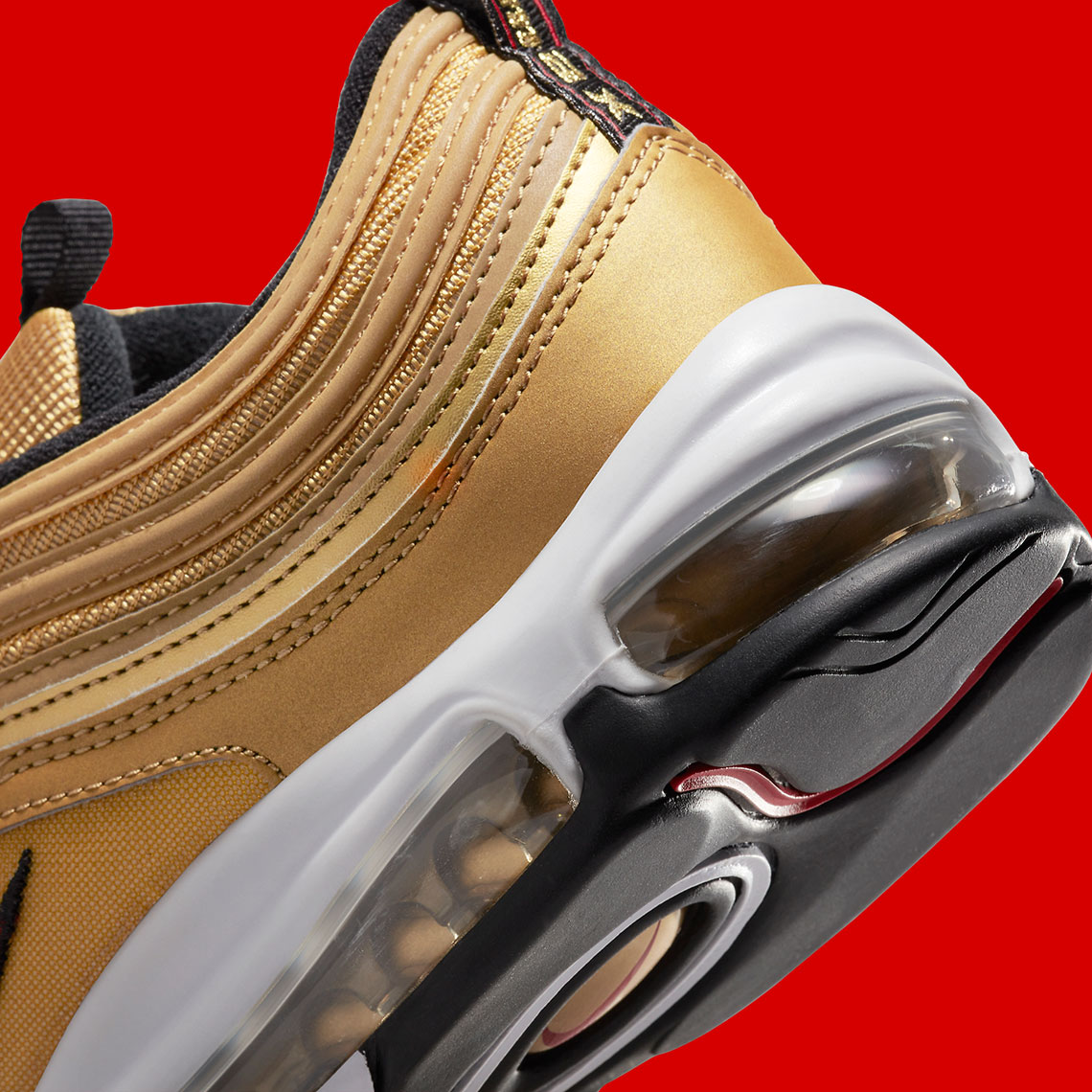